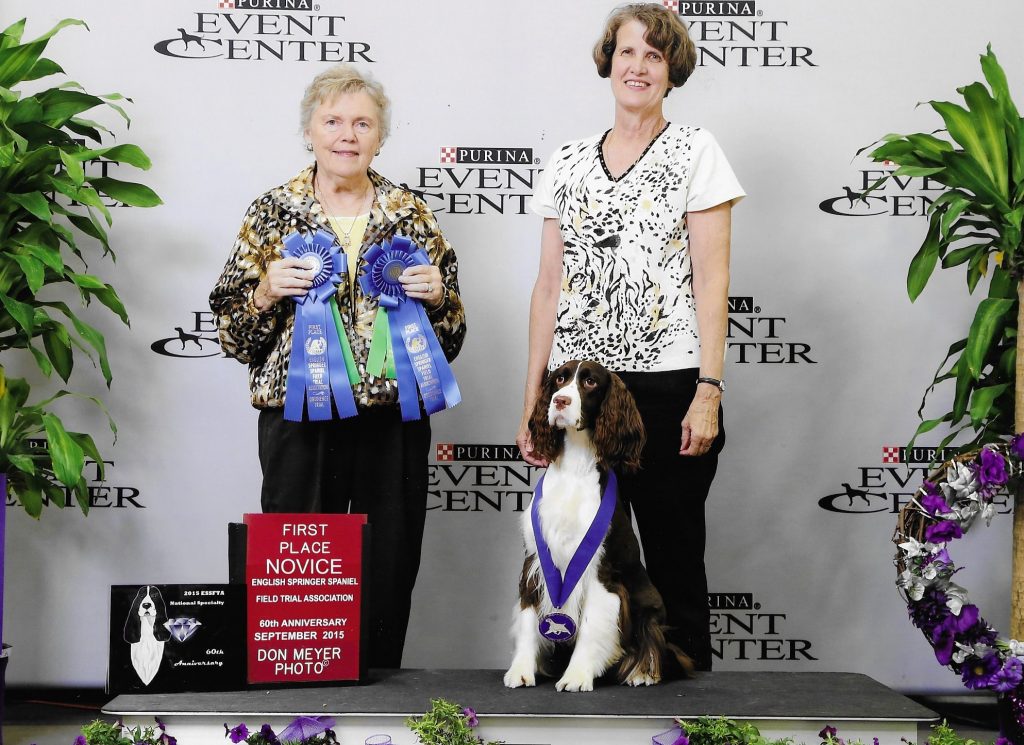 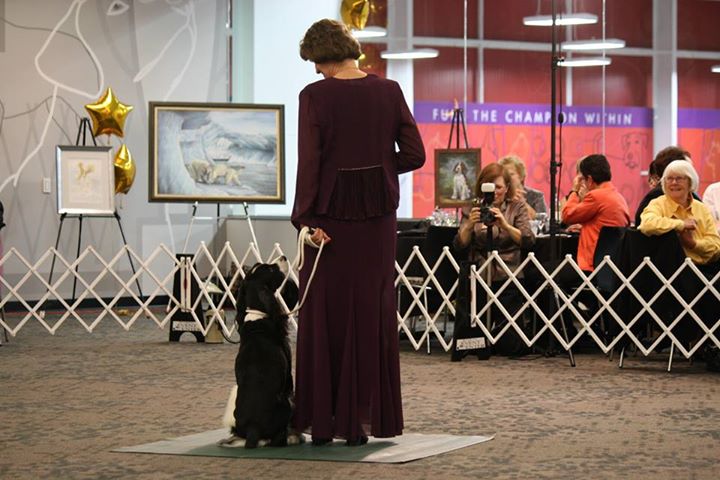 Shown here at the Top 20 Performance Dogs at our ESSFTA National specialty in 2013.   Nate is a Johnny Angel litter brother and his OTCH, UDX, OM1 and RE titles.  He was Obedience Springer of the Year in 2009, and he was invited to the National Invitational Obedience Trial four times.  Twice he went to California to compete and was highest scoring Springer at the invitational in 2010.  He participated in the Top 20 event at the ESSFTA national in 2013 as one of the top rally dogs in 2012.  In 2013 he got his ninth RAE leg on Nov. 29, and with that score, his top three rally RAE legs which are used to determine the Top 20 rally dogs, were a point higher than the year before.  He  was 12 on Dec. 17, 2013 and is scheduled to compete for his final RAE leg on Feb. 1, 2014.   We are incredibly proud of this dynamic team.

So proud of these two littermates!  Riley is the ESSFTA Open Agility Springer of the Year for 2018.  Sister, Roxie is also an agility Superstar and both are Therapy Dog International therapy dogs. 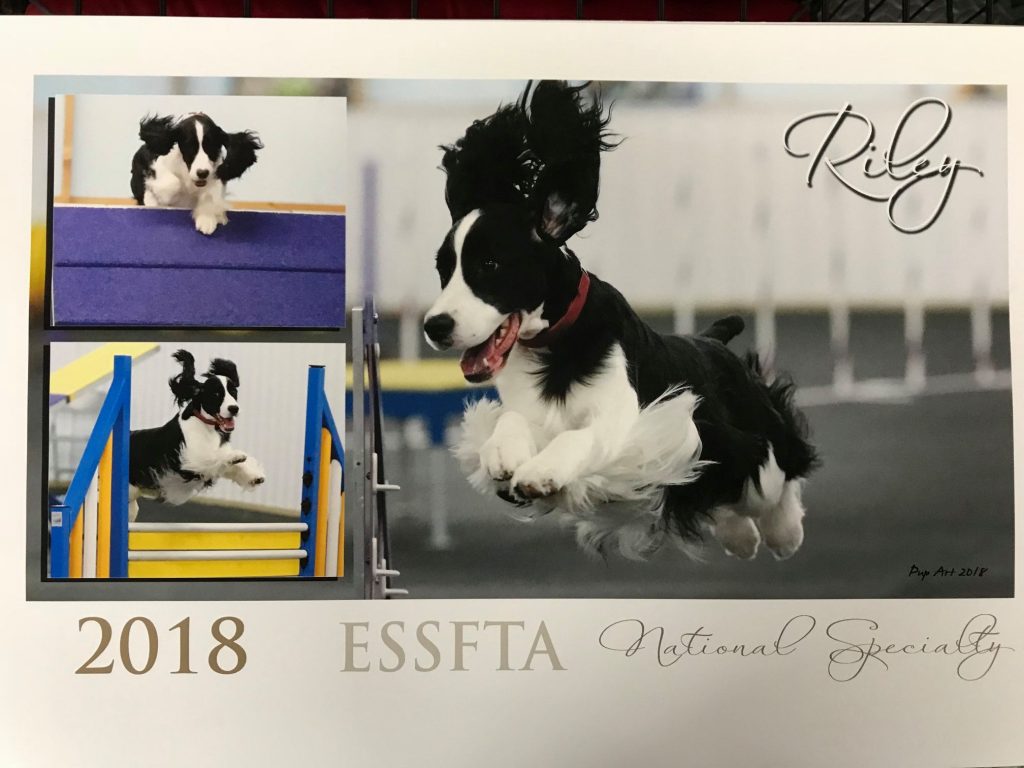 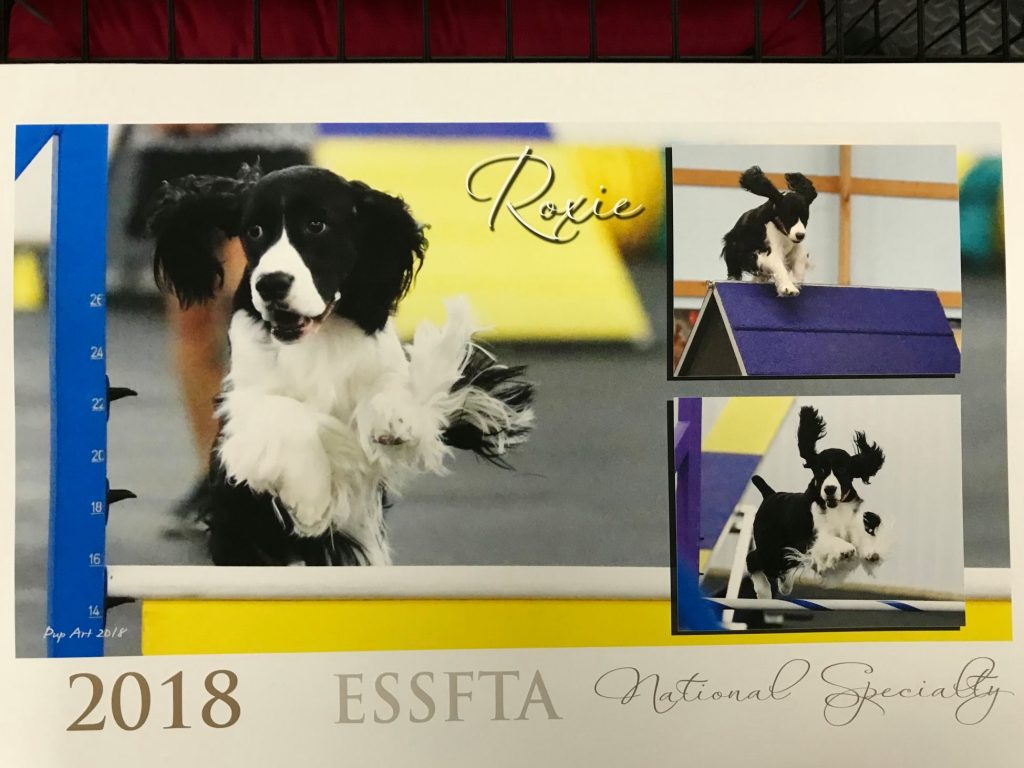 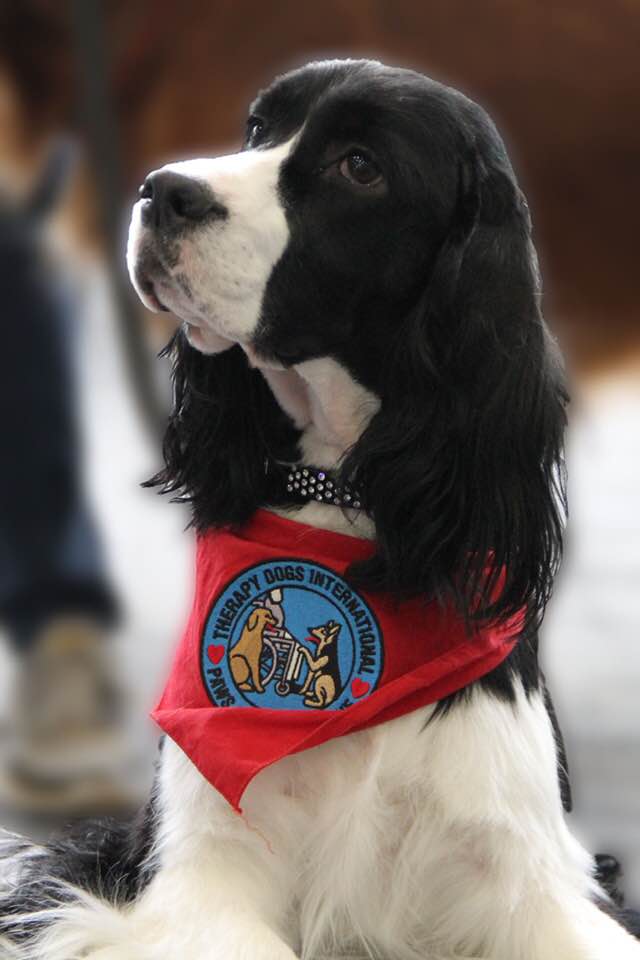 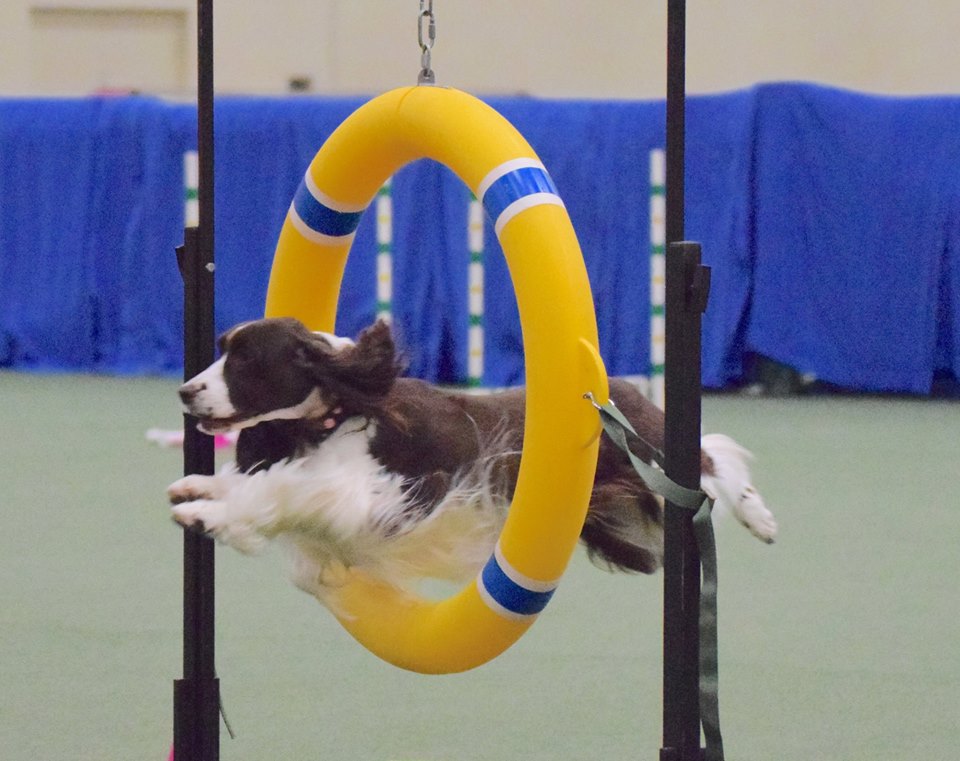 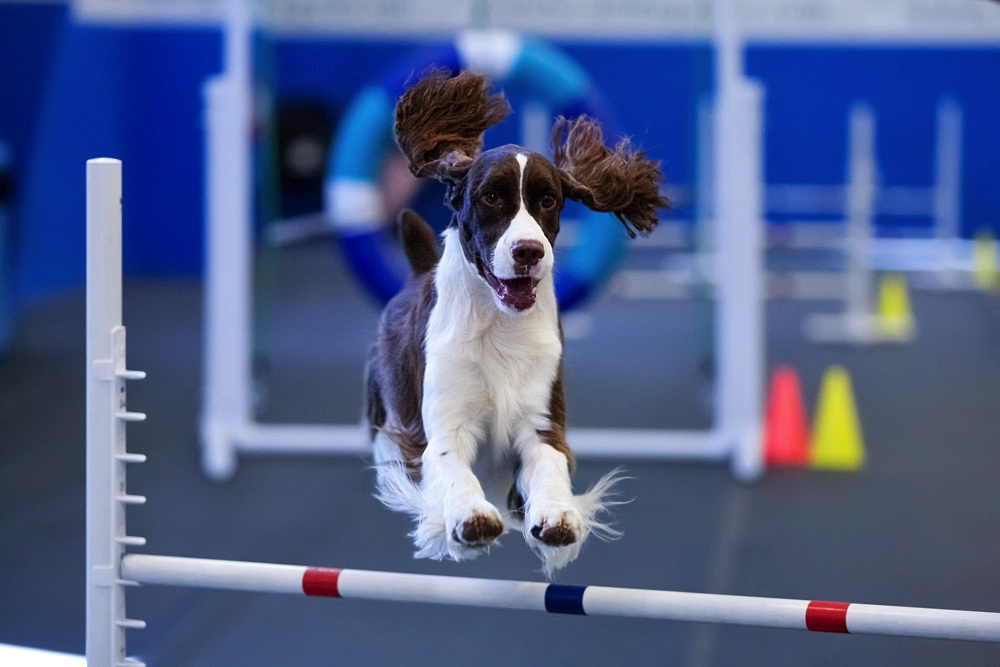 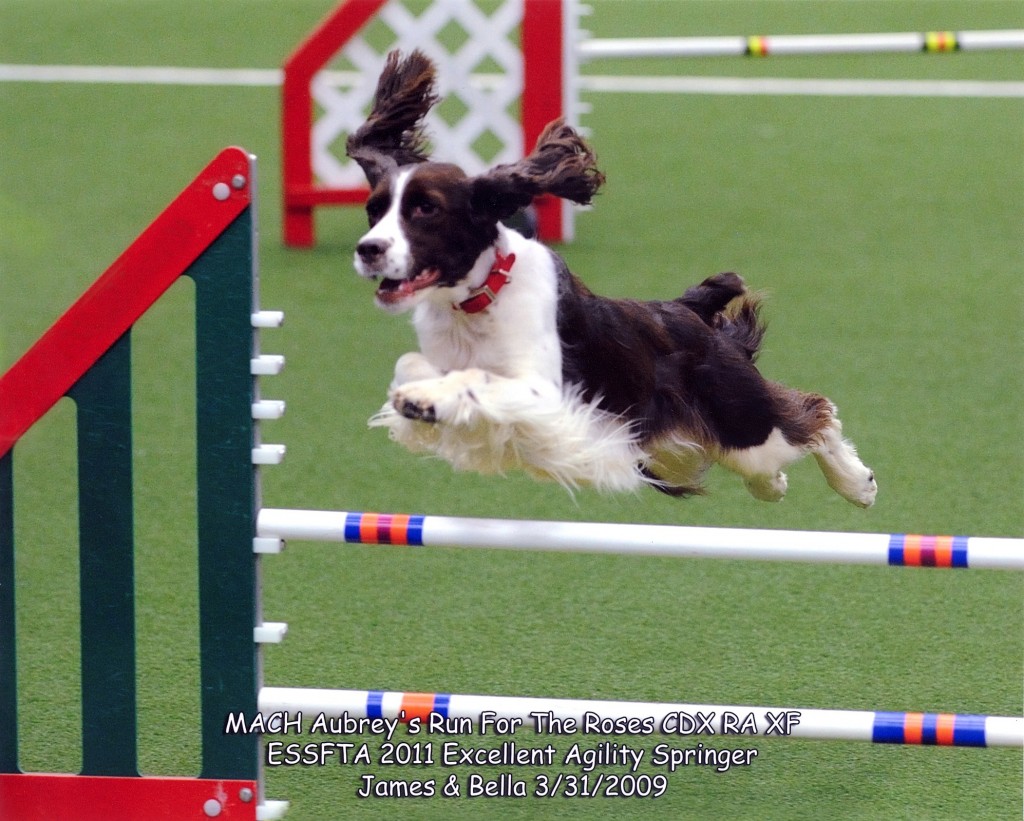 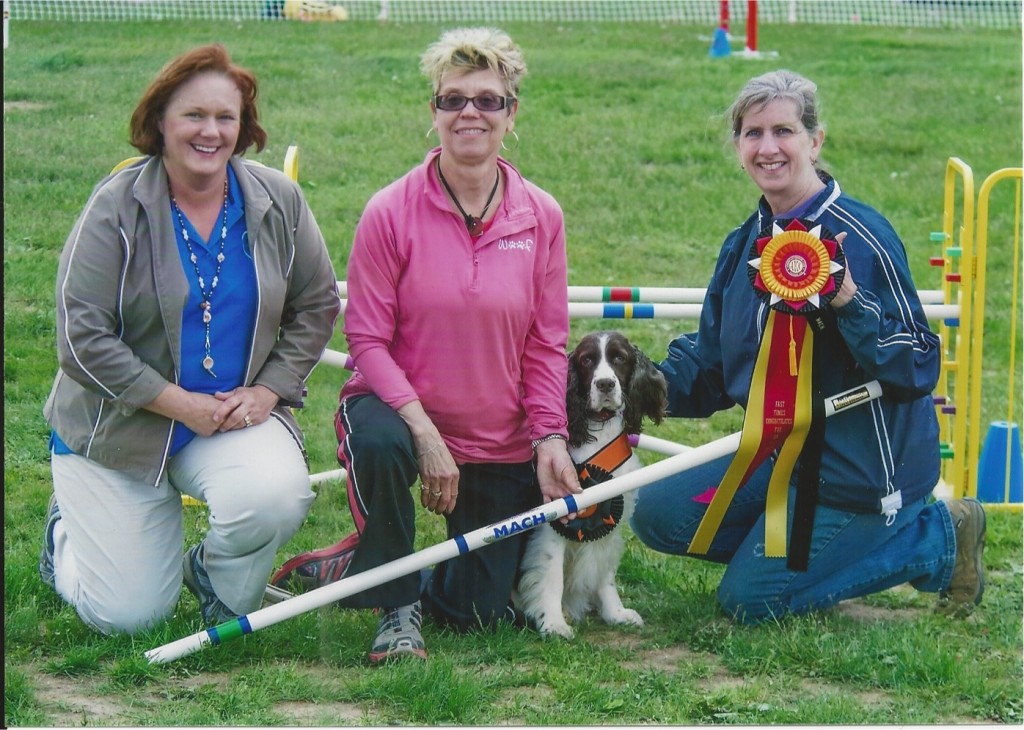 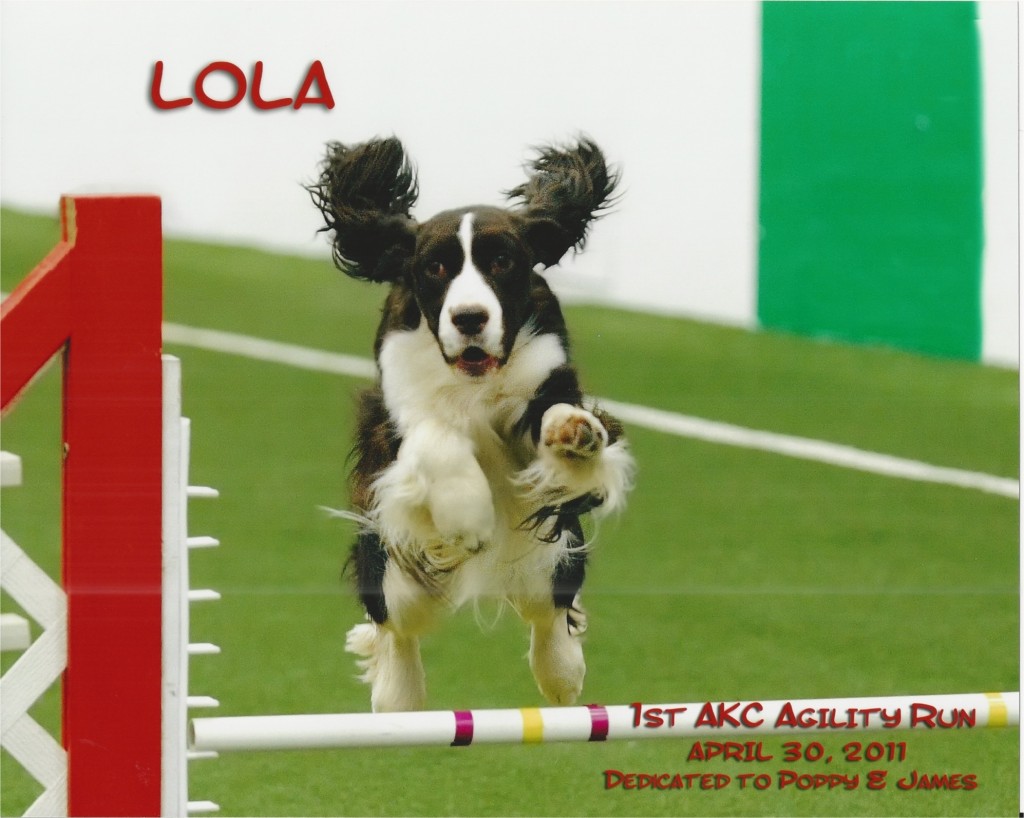 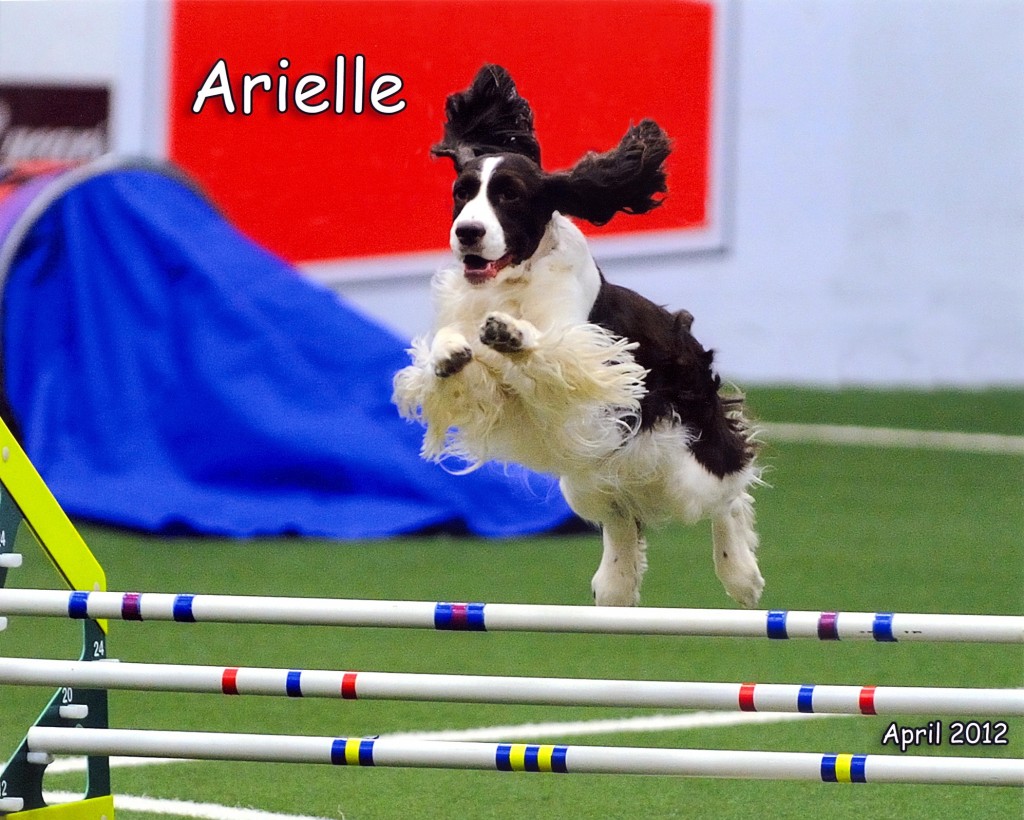 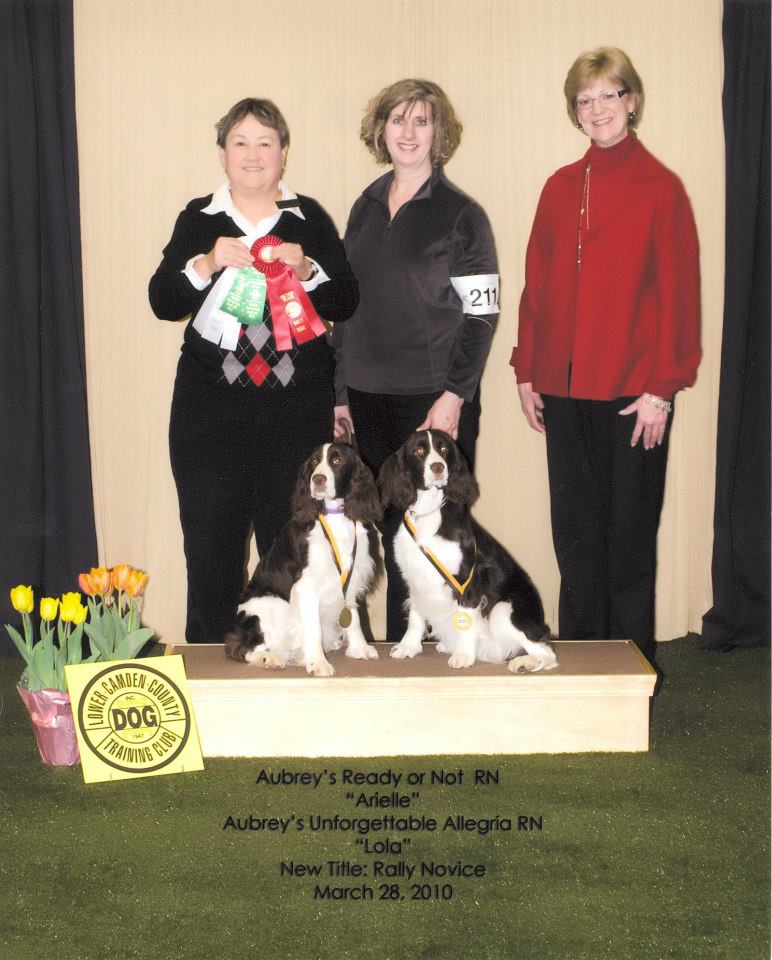 “Lola and Arielle” shown together in Rally by Mom, Allison Miele. 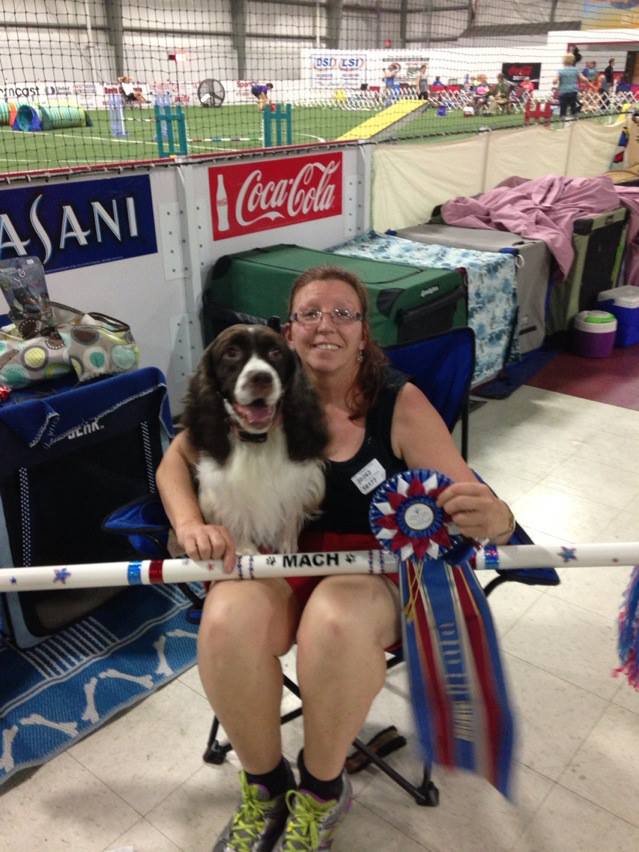 The “Sizz” and her mom completing Sizzle’s MACH3 title.  We are so incredibly proud of both of you.  Just to complete one MACH is incredible, but three!!!!!  Way to go Team Sizzle!!

This is a Youtube video of “Sizzle”, a James daughter running a Jumpers course at “sizzling speed”.
“Sizzle” is owned by Kathy Patregnani.  http://www.youtube.com/watch?v=v7_VgcNRwyY

Carwood’s Light in the Forrest RE MX AXJ OF”Forrest”, a James son having a blast. Forrest lives with Diane Hawthorne in Pennsylvania.