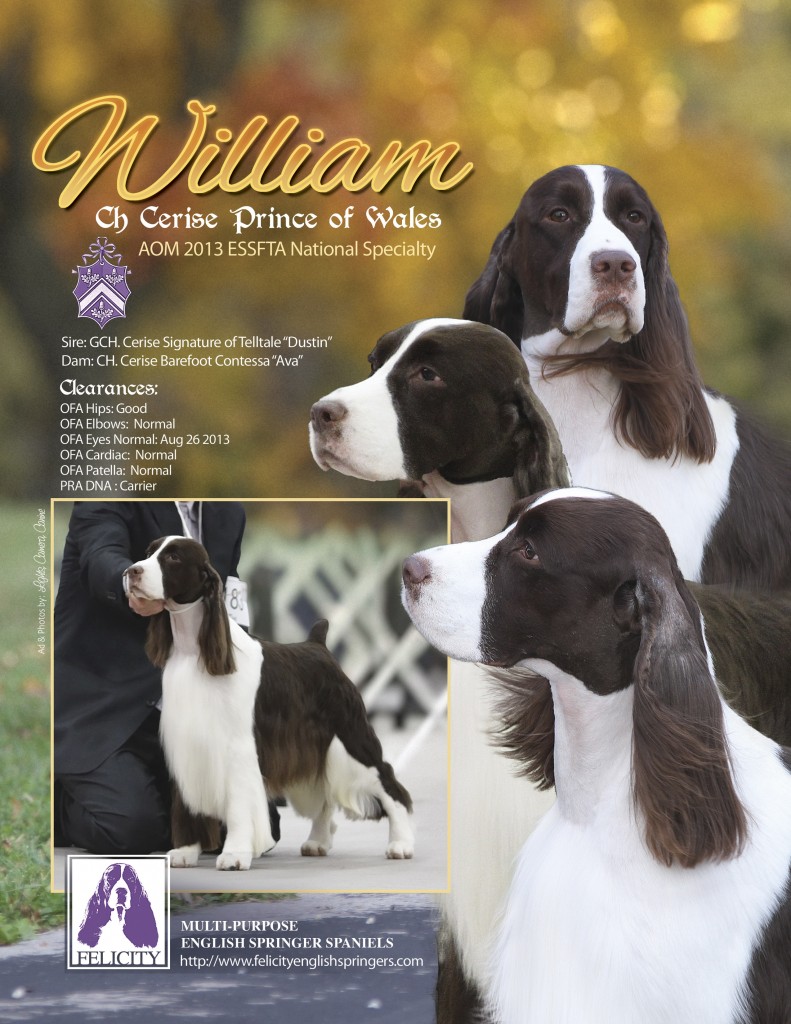 “William” came to Felicity in March, 2012 through the generosity of Dotti Cherry of Cerise Kennels. He is a “James” grandson, 2007 Westminster Best in Show Winner.  His Dam is a litter sister to BIS BISS Ch. Cerise Jesse James who was the No. 1 English Springer Spaniel in 2008, 2009, No. 7 Sporting Dog in 2009, as well as the ESSFTA Show Springer of the Year in 2008.   “William’s” sire, “Dustin” is a multiple Best in Show and Specialty Best in Show dog.  We are delighted to have him here and extend our heartfelt thanks to Dorothy Cherry for entrusting us with this wonderful gentleman.  “William” will be pursuing his obedience and rally titles. 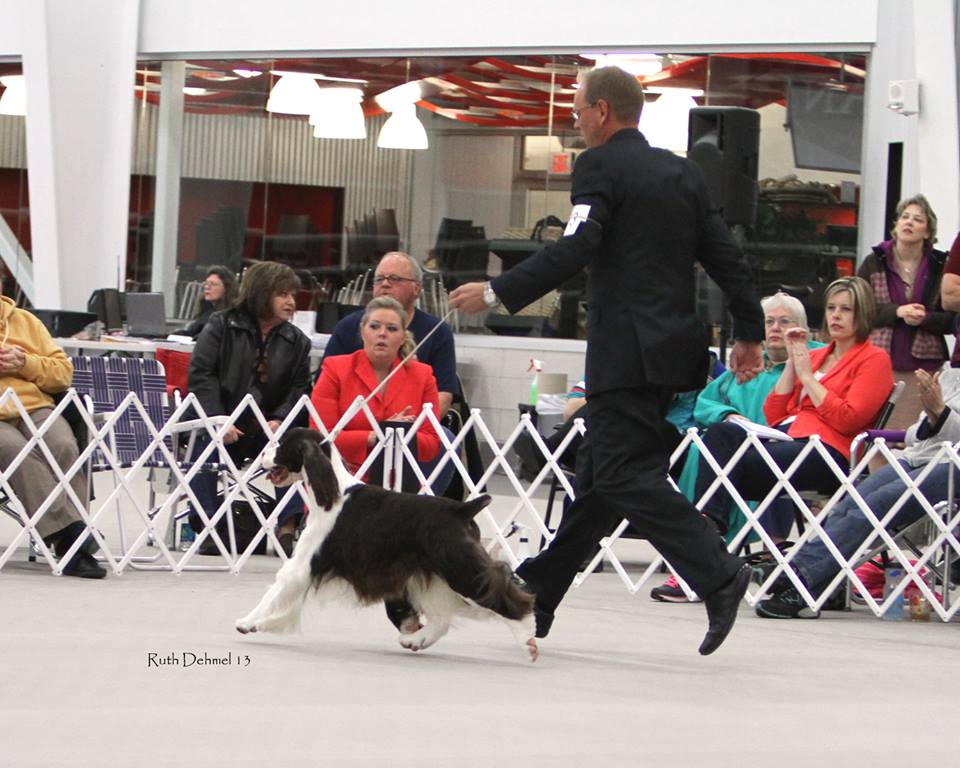 “William” (Ch. Cerise Prince of Wales) and Chris Berg at the Oct 28-Nov.2 ESSFTA National Specialty at Purina Farms in St. Louis, MO.
“William” was awarded an Award of Merit in Best of Breed with over 80 Specials. We are so proud of him and Chris for a superb showing. 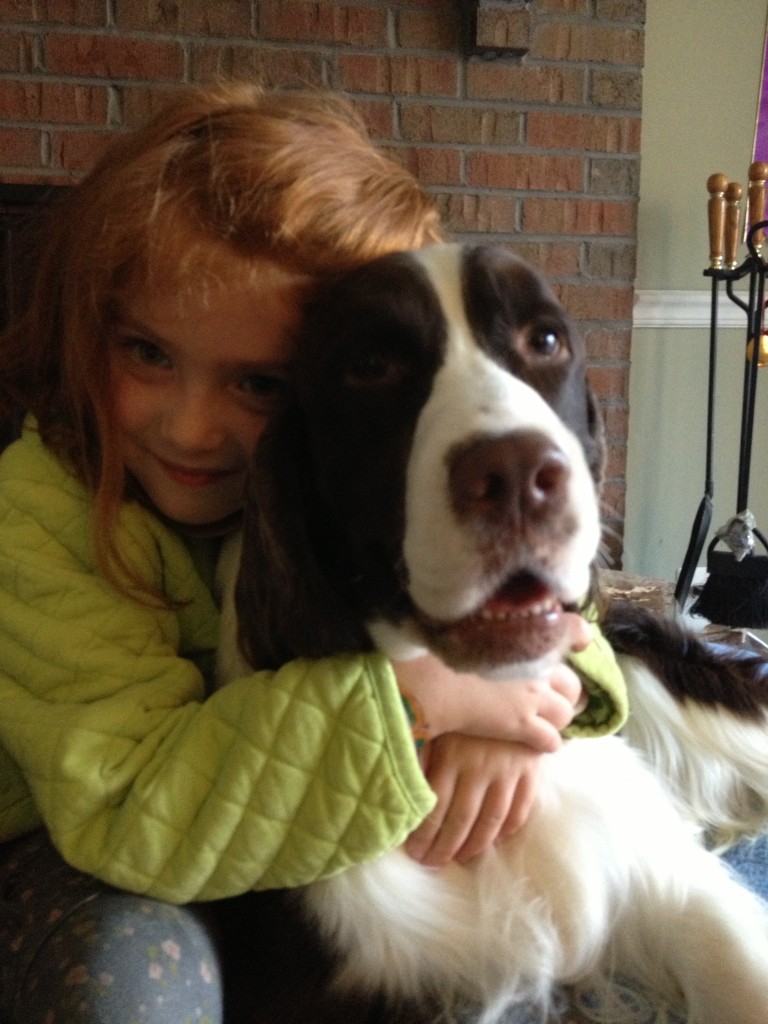 William with his friend, Carson.