We only wanted to finish him, put some obedience, rally and perhaps agility titles on him and have fun with him.  Never, in our wildest dreams did we think a “ Westminster Best in Show Winner”.

Late to mature, he wasn’t shown much as a class dog.  He didn’t finish until he was 3 ½ years old.  Kellie Fitzgerald took him to Louisville and finished him in 3 days, with three successive 5 point majors…when he was ready.

At nearly 5 years of age, Kellie was looking at James when we were visiting her to drop off a class bitch for her to show.  I will never forget what she said.  She carefully stacked James and looked up at me and said in a very serious tone, “Terry, this is a dog that needs to be shared.”  It left me speechless and I asked, “what do you mean?”  She repeated herself and said that a dog like this doesn’t come along everyday, sometimes only once in a lifetime.  The words still give me pause.  It was Kellie who convinced us that we had a truly special dog. .

The majority of James’ time before entering the show ring was spent going to obedience classes; visiting seniors in senior facilities; dementia and Alzheimer’s facilities and pediatric oncology centers.   It was during these visits that his quiet gentleness allowed those he was with to connect with him on a very deep level.  He always seemed to know instinctively, who needed him most.

In an interview at Madison Square Garden in 2006 I was asked to use one word to describe James….I said, “Heart”……I still feel this way, years later.

He participated regularly in the work that Angel on a Leash, Ronald McDonald House and Life with Cancer (a group affiliated with Fairfax Hospital Cancer Center) did to raise funds.

More than all of his accomplishments, his incredible heart and gentle spirit managed to reach out and touch people who had seen him on television, met him, interacted with him or who had one of his offspring.  He made them proud to be lovers of the breed.

In January of 2011, James began to lose weight and became lethargic, sleeping much more than normal.  He had his spleen removed, liver biopsied.  We waited two weeks…longer than normal because they ran the pathology results three times to be sure.   It came back as a grade IV-Vb out of V lymphoma.  A very aggressive, high grade lymphoma.  We were overcome with the disbelief of this dreadful news and poor prognosis.  This just couldn’t be.

Only two weeks after major surgery and two transfusions, the decision didn’t take long, we wanted to save him if it was at all possible.

He tolerated the chemo treatments fairly well.  He began to perk up and seemed nearly normal again.  That was only to last a mere 2 weeks.  The end of April, he came out of remission and the cancer had returned very aggressively.  He had lymphoma in his stomach, intestines and in his nasal passages.  He started having nosebleeds, stopped eating and began losing weight again.  Throughout all of this the only thing he seemed to be concerned about was…not letting me out of his sight, following my every move and being on every car ride possible.  I never let him down.

On May 6, 2011 he lost his valiant battle with this dreadful, incidious disease.  I have never seen our vet of nearly 20 years cry, but on this evening, he wept along with us for he loved James too.

Having had a lot of time to reflect on this tragic loss, I believe James was here for a very specific reason.  He came at a time when the breed needed a goodwill ambassador and became not only that, but a Hero for those who shared his fate.  He taught me and others to celebrate every day for it could be your last.

We have been overwhelmed with emails, letters, cards, flowers, treats, toys and phone calls from people who were touched in a very special way, by James.  Many donations have been made to St. Jude’s Children’s Hospital, Ronald McDonald House, MAESSR, ESRA, the ESSFTA Foundation, the Alzheimer’s Association and the list continues…in Memory and Honor of James.  These donations were made by fans, admirers, fanciers of the breed and friends of James.

We received several calls from people who had never met James but had his offspring…they were sobbing upon learning of his passing.  You see, they watched on 2/13/07 when James put on the show of a lifetime…just for them…at least that’s the way they felt.  The truth be known, he did it, because it made him happy just to be in the moment with everyone watching, giving Kellie 200%. An incredible team to watch, the love that Kellie and James shared was palpable. He loved her for she helped him realize his destiny, he loved his family for loving him unconditionally, and he loved everyone because his heart was that big.

His destiny was not to be owned by anyone, but shared by everyone.  God bless you Kellie for loving James and believing in him with all your heart.  Heartfelt thanks to Ruth Dehmel and her sister, Diana Hadsall for sharing the journey that James took us on.  Oh, the memories… 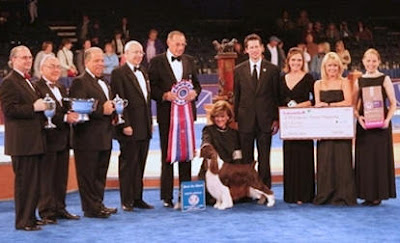 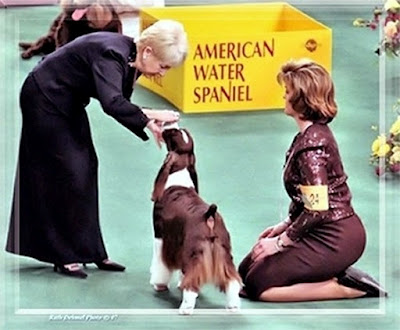 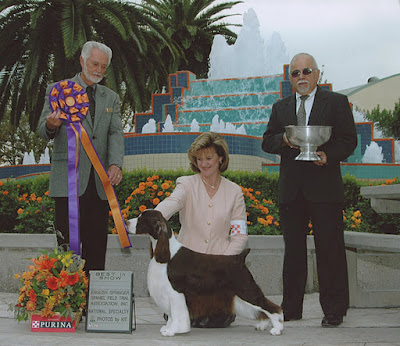 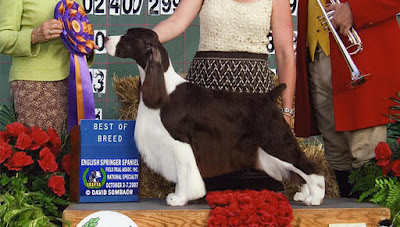 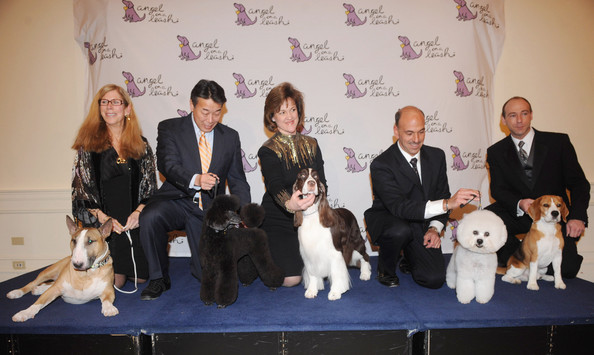 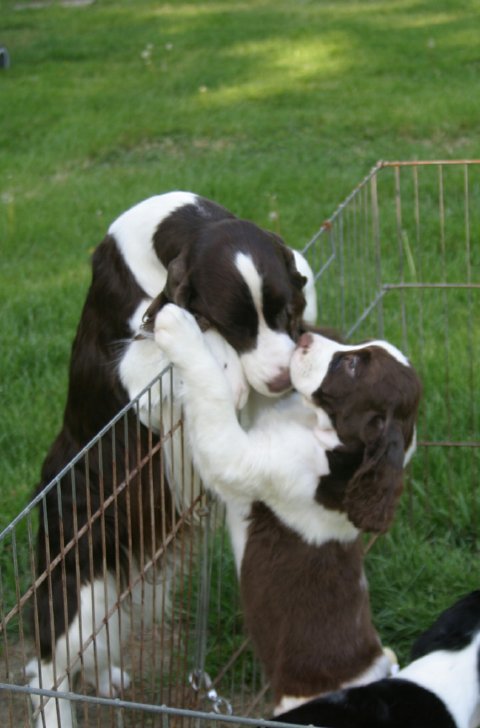 James with his son, “Sugar Ray”. He loved his kids. 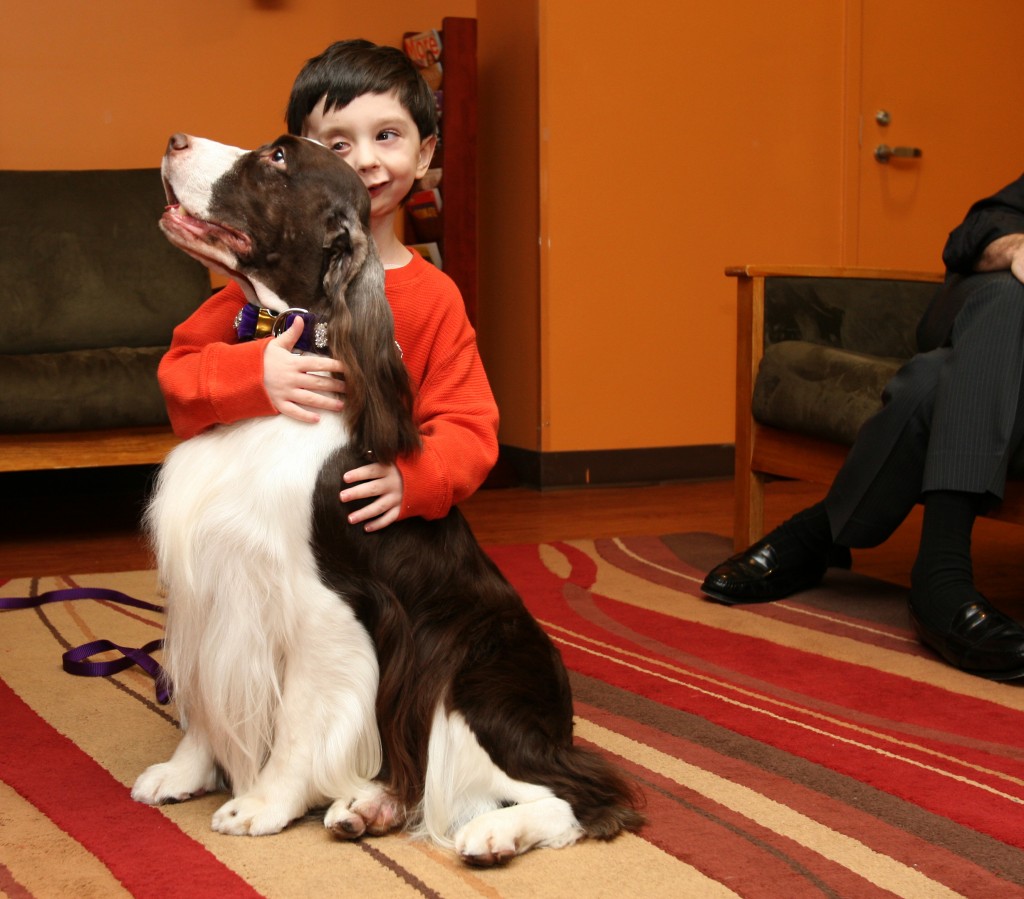 James with one of his buddies at Ronald McDonald house in NYC.